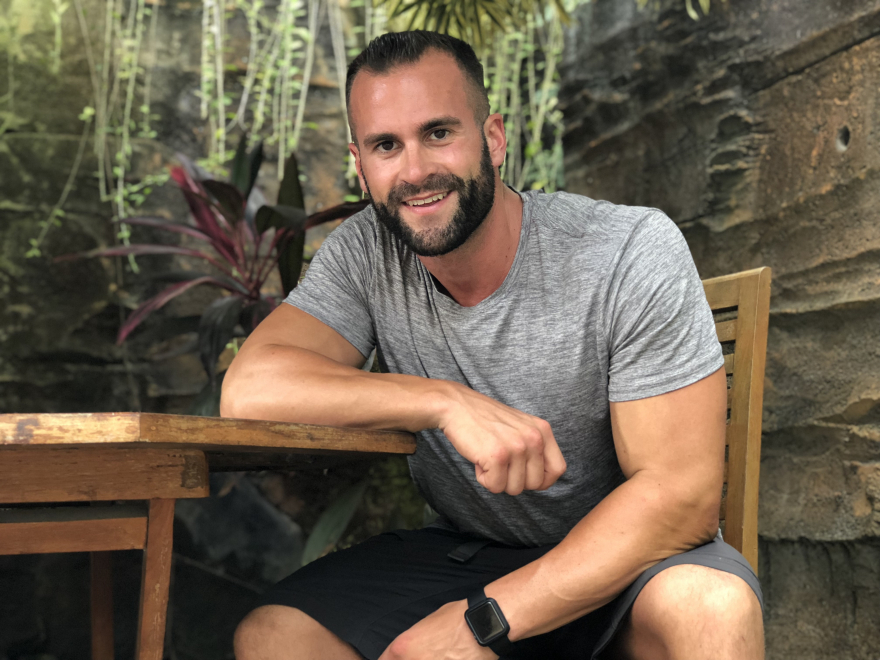 Evan Lagace is a transformational health coach who works with busy men and women who bought into the lie that they will never be able to be fit, to not only look in the mirror and like what they see, but also become an example for their friends and family.

Evan has developed a distinct approach which is rooted in applying clinical research and science combined with biblical personal growth and development. Over 12 years of coaching he has supported thousands of people from all walks of life and physical circumstances, including numerous professional athletes, notably turning pro, the 2019 Men’s Physique Olympia champion.

In 2018, Evan traveled around the world on a solo mission, attending churches of all denominations. During this time he realized that something was visibly wrong with the church. While the whole world struggles with being overweight and the health issues associated with it, the church body seemed worse than the secular world. After realizing the statistics supported his observations, Evan realized his ministry was to teach the body of Christ how to treat the body as the temple for the Holy Spirit.

In the Sermon on the Mount, Jesus used the phrase, “When you fast…” expressing to believers that fasting was not only a command, but something that was expected of us. So Evan spent 183 total days over that year experimenting in a water-fasted state, developing protocols for both physical change and mental improvement that he delivers in his programs.

Over time, Evan’s interest in the physical body has been superseded by an ever-growing interest in the mind and how emotions interact with it to produce the outcomes we experience in our lives. Evan sees the mind and body as complementary parts of the whole person that are inextricably connected.

Outside of his passion for coaching, Evan loves biblical studies and is working towards his masters under the direction of Dr. Michael Heiser in the Awakening School of Theology and Ministry.